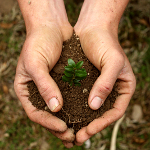 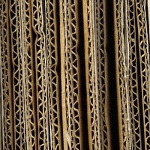 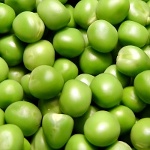 Composters often talk about “greens” and “browns” – what do they mean? and why are they important?

Greens? Browns? But what about oranges?!

It’s not really about the colour of the item: basically, greens are freshly grown things (for example, veg peelings, fresh grass clippings) and browns are older items (cardboard, wood shavings).

Our You Can Compost This list includes details of whether an item is a green or a brown.

It’s said that greens are nitrogen-rich while browns are carbon-rich – and the best compost heaps contain a balance of the two.

(Oh, and oranges are usually a green.)

Why is it important to keep them balanced?

Your kitchen scraps and garden waste are turned into compost by the bacteria and other micro-organisms in your compost heap – and those lovely decomposition microbes work best when there is a green/brown balance.

The microbes need, amongst other things, moisture and oxygen to do their business. Green things usually contain a lot more moisture than browns so rot down quickly – but as they do, they become more compact and cut off their own air supply. Brown things tend to have a firmer structure to help preserve air flow but also tend to be dryer so are not as inviting to microbes and as a result, take ages to break down. With all greens, you’d have a small amount of sludgy compost; with all browns, you’d have to wait an age and still end up with something that’s a bit flaky.

In healthy compost heaps, the greens help “activate” the compost providing a nice environment for the microbes and help keep the browns moist. Browns help the heap stay aerated as well as adding valuable bulk. You get the best of both.

Most people say a half’n’half ratio is about right: half greens, half browns. Other people champion more browns than greens for optimal composting: two or three parts browns to every one of green.

For a beginner, the exact ratio is less important than just ensuring you have a mix of the two. Don’t put in all greens or all browns and you’ll probably be alright.

How do I keep it balanced?

Throughout the year, you’ll probably find the composition of your compost heap changes: while your kitchen scraps and whatnot will probably stay the same, in the spring and summer you’ll be throwing in more greens (for example, lawn clippings and weeds) and in the autumn and winter, it’ll probably more browns (eg fallen leaves and wood ash).

When adding a lot of greens in one go, try to mix them in to the existing compost – which will probably be brown-heavy since that takes longer to breakdown. (A garden fork is ideal for this turning.) If you haven’t got much compost, offset the green with more browns from your household waste – rescue some newspaper or cardboard from the recycling bin.

But while it can be relatively easy to find browns to offset those summer greens, it can be harder to find extra greens in the colder months – don’t worry though: as mentioned above, some people prefer a brown-rich compost heap anyway. Your heap will probably slow down production in the cold months anyway – it’ll be reactivated by the first weeding session or mower-load of grass in the spring.

What if I don't keep it balanced?

There is a very, very small chance it’ll cause a fiery armageddon that’ll destroy us all but a considerably more likely outcome is … not much different to normal.

Keeping it balanced is one of the things you need to do if you want optimal compost in a timely manner. If you don’t keep it balanced, your compost won’t be quite as nice as it would be otherwise and if it’s too brown-heavy, it’ll take longer to break down but it’ll still become compost eventually.

So does it really matter then?

It depends on your reason for composting.

If you want to have a steady churn of nice compost to fill out your prize-winning flower beds then it’s in your best interest to keep it balanced: you’ll get better compost in a shorter time.

But if you’re just want to stop all that lovely organic matter going to landfill and some alright-ish extra soil for the garden, then no, it doesn’t really matter. Just bung all your compostables together in your compost bin, make sure it’s not bone-dry and stir it up once in a while and you’ll be fine.